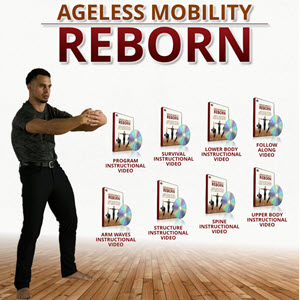 Several pieces of data from C. elegans mutant analysis hint at the idea that genome integrity is indeed essential for the aging of terminally differentiated cells. The soma of C. elegans is composed of a fixed number of exclusively post-mitotic cells, and somatic cells removed by laser ablation or ectopic cell death are not replaced by cell division, resulting in fewer than the standard 959 cells. The worm also contains a fully formed mitotic germ line; however, laser or genetic ablation of this organ does not alter longevity (Hsin and Kenyon 1999), indicating that worm longevity solely depends upon the maintenance of its 959 postmi-totic cells.

Because of the close correlation among cell cycle checkpoint control and cellular senescence of dividing cells, it was interesting to find that mutation or RNAi depletion of genes required for cell cycle checkpoint arrest in response to DNA damage results in extended organismal longevity of the worm, which is composed entirely of postmitotic cells. In these experiments, perturbation of cid-1 (caffeine-induced cell death), chk-1 (checkpoint 1), or cdc-25 (cell division cycle 25) increased longevity, suggesting that an orchestrated sequence of cell cycle checkpoints controls organismal survival (Olsen et al. 2006). Intriguingly, any possible cell cycle involvement of chk-1 could be unequivocally uncoupled from organismal aging by depleting chk-1 by RNAi or chemically during the adult stage of the animal's life cycle, long after all developmental cell divisions were completed. The mechanism by which loss of cell cycle checkpoint control in worms extends longevity is still unclear; however, it is appealing to speculate that artificially tricking postmitotic cells into a state where cell cycle checkpoint control is engaged results in upregulation of stress-responsive pathways that lead to increased survival, consistent with the finding that p21 deletion elongates survival of mice with dysfunctional telomeres (Choudhury et al. 2007). The finding that checkpoint mutants upregulate genes that are induced by the ER unfolded protein response, such as the heat shock chaperone HSP-4, supports this hypothesis (Olsen et al. 2006).

Clearly, the cell cycle checkpoint response is involved in organismal survival, and supporting this finding, it has been well documented that adult worms accelerate their aging processes when subjected to DNA damaging agents such as gamma irradiation and UV light (Cypser and Johnson 2002, Johnson et al. 2000). Not surprisingly, large-scale DNA damage reduces survival, but low-level, nonle-thal doses of DNA-damaging agents extend the longevity of many postmitotic organisms. Taken together, perhaps ectopic regulation of cell cycle checkpoint pathways by either genetic manipulation or environmental induction may in fact activate other cell stress pathways, such as the JNK, MAPK, or PI3K pathways, to promote survival in the face of oncoming DNA damage.

Are You Striving To Look And Feel Youthful? Wish You Could Add 20 Years To Your Life? Discover the Secrets to a Longer, Healthier Life With This Fantastic Anti-Aging Resource. You might be feeling and looking great now, but have you ever thought about what youll feel and look like several years from now? Have you ever considered that the choices you make today directly influence how well you age?

How to Cure Diabetes and Get Off Insulin, Healthy Living: How to Stop the Aging Process