Perhaps because many psychiatric medications affect a class of neurotransmitters called the biogenic amines (i.e., serotonin, dopamine, and norepinephrine), associations between biogenic amine function and personality disorders have received the most extensive characterization. However, a limited number of studies also address links between acetylcholinergic as well as peptidergic function and personality disorder symptoms. We review those findings below.

Serotonin. The inverse relationship between brain serotonin activity and impulsive aggression represents one of the best replicated findings in biological psychiatry.

Valzelli first documented that decreased turnover of the neurotransmitter serotonin (induced by either selective breeding, pharmacological manipulations, or social isolation) reliably increased aggressive behavior in mice and rats (Valzelli, 1980). The fact that early social isolation can reduce brain serotonin in animal models and that cerebrospinal serotonergic indices show only moderate heritability (~30 percent) in humans suggests that serotonergic function responds both to genetic and environmental contingencies (Heinz et al., 2001). One indirect measure of brain serotonin function in humans involves administering a spinal tap and extracting a serotonin metabolite called 5-hydroxyindoleacetic acid from the cerebrospinal fluid (CSF 5-HIAA). An initial study that reported an association between low CSF 5-HIAA and history of violent suicides (Asberg et al., 1976) was followed by a string of reported associations between low CSF 5-HIAA with other impulsive aggressive behavioral correlates in personality-disordered patients. These behavioral correlates included a history of impulsive assault, murder, and arson (Virkkunen et al., 1987). However, these associations have proven more difficult to detect in noncriminal samples, possibly because CSF metabolite measures provide, at best, an indirect measure of brain serotonin function (Coccaro, 2001).

Another means of making inferences about brain serotonin in humans involves neuroendocrine challenges. For example, researchers have infused serotonin agonists such as fenfluramine into subjects' veins, which bind to serotonin receptors in the hypothalamus and cause release of the hormone prolactin from the pituitary gland into the peripheral circulation. Thus, the prolactin response to d,l-fenfluramine is thought to provide an index of brain serotonergic function. A number of studies conducted on this topic (but not all) have revealed inverse relationships between fenfluramine-induced prolactin release and indices of behavioral aggression and hostility in personality-disordered patients. Studies utilizing other serotonin agonists such as meta-chlorophenylpiperazine and ipsapirone have also revealed inverse associations with prolactin release and ratings of hostility in personality disordered subjects (Coccaro, 1998). Although comor-bid alcoholism was a potential confounding factor in many of these clinical studies, fenfluramine-induced prolactin release was also negatively related to life history of aggression and NEO-PI-R neuroticism in a large sample of healthy men, but positively related to NEO-PI-R conscientiousness (Manuck et al., 1998). These relationships were also observed in postmenopausal but not premenopausal women. The authors raised the possibility that circulating estrogen may have obscured prolactin secretion in pre-menopausal woman.

In addition to examining the effects of serotonin agonists on neuroendocrine indices, a few studies have examined the effects of these agents on brain function. For instance, investigators have observed lower levels of resting prefrontal glucose metabolism in borderline personality-disordered subjects relative to healthy volunteers with positron emission tomography (PET). The magnitude of these reductions in pre-frontal cortical activity was inversely correlated with life history of aggression (Goyer et al., 1994). The cause of these reductions is unclear since some evidence suggests that reduced frontal metabolism may result from prior trauma (e.g., due to physical abuse, accidental injury, or other insults), which has frequently been observed in murderers and other violent individuals (Brower and Price, 2001). While injection of serotonin agonists increased glucose utilization in prefrontal regions (i.e., orbitofrontal, mesial prefrontal, and anterior cingulate cortex) in healthy volunteers, this enhancement was blunted in patients with impulsive aggressive personality disorders (Siever et al., 1999; Soloff et al., 2000). Finally, recent PET studies of healthy volunteers utilizing serotonin ligands have reported negative correlations between basal serotonin binding in cortical regions and the anxiety subscale of NEO-PI-R neuroticism (Tauscher et al., 2001). Together, these findings suggest a possible link between brain serotonin function and traits characterized by impulsive aggressive behavior. In terms of personality traits, such a "low serotonin" phenotype might show increased neuroticism and disagreeableness (Knutson et al., 1998).

Although no neuroendocrine challenge studies involving dopamine agonists have involved schizotypal patients, behavioral responses to injections of the dopamine releaser/reuptake blocker amphetamine have been examined. Specifically, patients with comorbid borderline and schizotypal personality disorders show psychotic symptoms in response to amphetamine injections, while patients with borderline personality disorder alone do not (Schulz et al., 1988). Thus, while there is less data regarding dopamine function in personality disorders than serotonin function, the existing data provide some evidence of dopaminergic dysregulation in schizotypal subjects, as has been reported in schizophrenics.

One neuroendocrine challenge study of healthy volunteers found a positive correlation between DA agonist (bromocryptine)-induced prolactin release and a trait variable called positive emotionality (Depue et al., 1994). Positive emotionality correlates with NEO-PI-R extraversion and so could be conceptualized as the inverse of DAPP introversion (see Table 5.2). PET studies suggest that dopamine ligand binding may be negatively related to psychometric indices of interpersonal detachment in the putamen (Farde et al., 1997) and positively related to psychometric indices of novelty-seeking in the insula (Suhara et al., 2001), suggesting links between basal dopamine function and traits similar to NEO-PI-R extraversion. Further, a recent study combining both PET and a challenge with the dopamine releaser/reuptake blocker amphetamine revealed a positive correlation between ventral striatal dopamine release and the personality trait of novelty seeking-exploratory excitability, which is conceptually similar to NEO-PI-R extraversion (Leyton et al., 2002). Together, this preliminary neurochem-ical evidence implies a positive relationship between extraversion in healthy volunteers and dopaminergic function, particularly in the ventral striatum.

Norepinephrine, Acetylcholine, and Peptides. Although CSF measures of the norepinephrine metabolite 3-methoxy-4-hydroxyphenylglycol (CSF MHPG) were reported to correlate with life history of aggression in a sample of personality-disordered subjects, covariance analyses revealed that most of this relationship could be statistically accounted for by reductions in CSF 5-HIAA (Brown et al., 1979). One study investigating the effects of the noradrenergic alpha-2 receptor agonist clonidine on the release of hypothalamic growth hormone release revealed a relationship with self-reported "irritability" in both personality-disordered patients and healthy volunteers (Coccaro et al., 1991), but this effect remains to be replicated.

Only one study has focused on the effects of an acetylcholinergic challenge in personality-disordered patients. The investigators reported that injections of physostig-mine, which increases brain acetylcholine by inhibiting the enzyme acetylcholines-terase, increased self-reported depressive symptoms in borderline patients but not in healthy volunteers (Steinberg et al., 1997). In the only investigation of a neuropeptide in personality-disordered patients, Coccaro et al. (1998) found a significant positive correlation between CSF measures of vasopressin and life history of aggression and aggression against other people in particular. Notably, this association could not be accounted for by covarying out associations of serotonergic measures with life history of aggression (Coccaro et al., 1998) 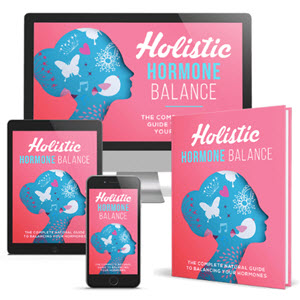 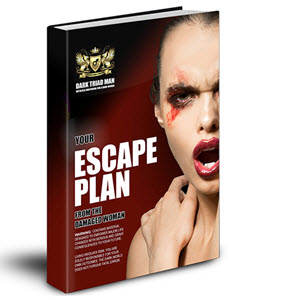 When Your Loved One Has Borderline Personality Disorder