In the psychodynamic model of panic disorder, anxiety symptoms are believed to be triggered by unconscious fantasies and impulses that are experienced by the individual as unacceptable, and threaten to break through into consciousness. The anxiety also represents the failure of defense mechanisms to adequately protect against the emergence of these wishes in undisguised form. In addition, the physical symptoms of panic, as well as many other aspects of life, are a result of "compromise formations" (Freud, 1895b) between wishes that are unacceptable and defenses against these very wishes. As described below, unconscious fears of loss, separation, and conflicts about autonomy are important elements underlying panic attacks. Angry fantasies triggered by fantasies of being controlled by others, or unprotected by loved ones, represent an additional threat to attachment that can trigger panic. Panic attacks in part represent partial expressions of these wishes by easing the danger of separation, averting conscious expressions of anger, and expressing anger covertly by coercing others to respond to severe somatic complaints.

Busch et al. (1991) and Shear et al. (1993) developed a psychodynamic formulation for panic disorder based on psychological, clinical, and temperamental observations and studies about panic patients. Beginning with the studies of temperament of Kagan et al. (1990) and Biederman et al. (1990), the authors postulated that panic patients are constitutionally predisposed to fearfulness of unfamiliar situations early in life. This is based in part on Rosenbaum et al.'s (1988) finding that children of patients with panic disorder, who are likely to develop panic, are found to have a high rate of behavioral inhibition. Behaviorally inhibited children "manifested long latencies to interact when exposed to novelty, retreated from the unfamiliar, and ceased play and vocalizations while clinging to their mothers" (Biederman et al., 1990, p. 21). In addition, children with behavioral inhibition demonstrated higher rates of childhood anxiety disorders (Biederman et al., 1990). Rosenbaum et al. (1993) reported that 75 percent of children with separation anxiety at age 21 months had agoraphobia at 7 years, while only 7 percent of 21-month olds without separation anxiety developed agoraphobia. Additional evidence of early life fearfulness comes from retrospective assessments by panic patients. This predisposition leads individuals at risk to experience a sense of fearful dependency on parents to provide a sense of safety. Because these children experience narcissistic humiliation due to their fearfulness, they tend to blame their difficulties on parents, who are perceived as unreliable. Alternatively, such individuals may develop a fearful dependency through actual traumatic or frightening experiences in childhood. Patients with panic have been found in clinical observations and systematic assessments to perceive their parents as controlling, overprotective, temperamental, and frightening (Tucker, 1956; Parker et al., 1979; Arrindell et al., 1983).

In addition to struggling with separation fears, these fearful children feel threatened by the anger they experience toward their parents, whom they view as critical or unreliable. They fear that their anger will drive away their needed parents, increasing their sense of fearful dependency. Thus, a vicious cycle develops: anger leads to anxiety and guilt, adding to fearful dependency, eventually spiraling to panic levels of anxiety (see Fig. 12.2). Panic attacks diminish conscious anger, facilitate increased attachment, punish the self for guilt about angry feelings, and tend to punish others via coercing them to respond to patients' dire needs. Life events that involve actual or perceived separation, that have been found to occur at a high rate prior to panic onset, tend to trigger this vicious cycle in adulthood. In addition, aggressive, competitive wishes can

be unconsciously experienced as threats to important attachments. Thus, life events that involve success or an increase in responsibilities may also trigger panic. Approaches to working with these dynamics psychotherapeutically have been developed and will be described below.

Suffering from Anxiety or Panic Attacks? Discover The Secrets to Stop Attacks in Their Tracks! Your heart is racing so fast and you don’t know why, at least not at first. Then your chest tightens and you feel like you are having a heart attack. All of a sudden, you start sweating and getting jittery. 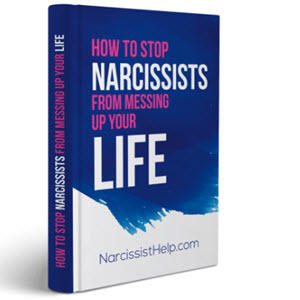