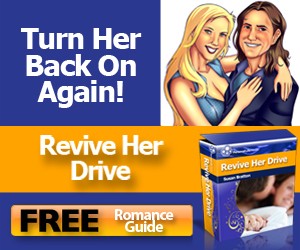 There is little evidence that HIV has a direct oncogenic effect in relation to the development of a specific cancer. Instead, it appears to facilitate the development, via its effects on the immune system, of a number of cancers, all of which are known (or thought) to be caused by other infectious agents. The abbreviation HIV is used throughout this chapter and refers specifically to HIV-1; reports on the association of cancers with HIV-2 are infrequent.

The human immunodeficiency virus was discovered in 1983 (Barre-Sinoussi et al., 1983) and firmly associated with AIDS in 1984 (Gallo et al., 1984). It is a human retrovirus, belonging to the lentivirus sub-family and is distinguished by its single-stranded RNA genome, which replicates via a DNA intermediate through the action of the enzyme 'reverse transcriptase' and integrates into the host chromosomal DNA. Although the first cases of HIV disease were reported as recently as 1981, the epidemic continues to escalate and the World Health Organisation (WHO) estimates that over 38 million young adults have been infected, the majority in sub-Saharan Africa. The three primary routes of transmission --- sexual intercourse, blood contact and from mother to infant --- were proposed on the basis of the epidemiology of AIDS, even before the identification of HIV. Of those, heterosexual transmission accounts for over 80% of new infections worldwide, while the importance of contact with infected blood products is declining since the introduction of routine screening procedures in blood banks.

The immunosuppression resulting from infection with HIV is causally associated with Kaposi sarcoma and non-Hodgkin lymphoma and, in the light of data emerging from sub-Saharan Africa, with squamous cell carcinoma of the conjunctiva. Recent evidence for two other cancers, Hodgkin disease and leiomyosarcoma in children, also suggests a definite increase in risk associated with HIV

infection. The scale of the excess risk of these cancers in HIV-infected compared with uninfected individuals tends to be very large, 10-fold or more. However, people with HIV infection do not experience large excess risks of most cancers, including cancer of the uterine cervix and hepatocellular carcinoma, neither of which appear to be increased markedly in people with AIDS (IARC, 1996; Newton et al., 1999a).

The cancers identified as being HIV-associated have been linked (with varying degrees of certainty) to other infectious agents. Kaposi sarcoma is caused by the newly discovered human herpesvirus 8. Certain types of non-Hodgkin lymphoma have been linked to infection with the EBV and HHV-8, and conjunctival carcinoma has been linked to human papillomavirus (HPV) infection in some studies, but not others (IARC, 1995; Newton, 1999a). Thus, infection with the HIV appears to facilitate the development of certain cancers with an infectious aetiology. It is not clear why other cancers which are caused by infections, such as hepatocellular carcinoma, are not also AIDS associated.

Many of the increases in cancer risk found in people with HIV disease are similar to the findings in immuno-deficient children and in transplant recipients, suggesting that it is the impairment of immune function that is the major factor leading to the appearance of these tumours (Beral and Newton, 1998). In addition, the risk of Kaposi sarcoma and non-Hodgkin lymphoma increases with increasing severity of immunosuppression, suggesting that this is the principle mechanism favouring their development. Also, both tumour types have been shown to regress following treatment with highly active antiretroviral therapy, which leads to improvements in immune function (IARC, 1996).

It has been estimated that, in 1990, there were about 52 000 additional cases of cancer that were a consequence of infection with the HIV (Table 1, Parkin et al., 1999). This conservative estimate is based on the known impact of infection with the virus on just two cancers with which it has been most clearly linked: Kaposi sarcoma and non-Hodgkin lymphoma. In populations with a high prevalence of HIV infection, the impact of the epidemic is clearly reflected in cancer registry statistics, although if Kaposi sarcoma and non-Hodgkin lymphoma are excluded, there is little evidence of an increase in the incidence of all other cancers combined. In Uganda and Zimbabwe, for example, the incidence of Kaposi sarcoma has increased between 10- and 20-fold in the era of AIDS, such that it is now the most common cancer in males in both countries and amongst the most common in females. There is evidence of a reduction in risk of both Kaposi sarcoma and non-Hodgkin lymphoma in those on antiretroviral therapy. However, in the developing world, where such treatment is prohibitively expensive and therefore not widely available, the incidence of HIV-associated cancers is likely to increase with the spread of the HIV epidemic.

In the absence of an effective vaccine, behavioural change is still the most important method of controlling the spread of HIV. Transmission of the virus in blood and blood products has been largely halted in developed countries, with the introduction of screening and education in combination with needle exchange programmes, which have been shown to be effective in reducing the spread of HIV among intravenous drug users. The bulk of transmission of HIV is sexual, however, and preventive activities include reducing the number of sexual partners, modifying the types of sexual contact and the use of condoms. Several behavioural interventions in high-risk populations have been tried, with variable results, but continued education remains a high priority.

How To Bolster Your Immune System