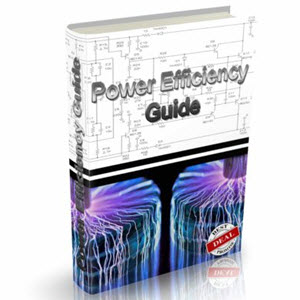 Bjuro et al. (1975) reported that the O2 consumption of patients poststroke performing household activities was 75-88% of VO2peak, almost twice that of the healthy control subjects. Not surprisingly, a quality-of-life study of patients poststroke reported that poor energy levels outranked mobility limitations, pain, emotional reactions, sleep disturbances, and social isolation as the area of greatest personal concern (Johansson et al., 1992). Most studies of energy expenditure after neuromuscular impairment have focused on locomotion since it is the principal form of human physical activity, and for many people, the only departure from a sedentary life (Passmore and Durnin, 1955). Although there are countless strategies possible to produce locomotion, the dominant influences that shape gait kinetics and kinematics appear to be the minimization of metabolic energy costs and the reduction of musculoskeletal stresses. In this section, biomechanical and metabolic factors will be discussed in relation to the energy expenditure of normal gait and that of individuals with neurologic conditions.

From a mechanical perspective, the total muscular work of walking equals the sum of the external work (i.e., the work to accelerate and lift the center of mass at each step) and internal work (i.e., the work of sustaining basal metabolic rate and moving the limbs relative to the trunk), both of which require metabolic energy (Dean, 1965; Cavagna and Kaneko, 1977). Energy changes in leg segments account for about 80% of the energy costs of the forward translation of the body (i.e., external work), with the remaining 20% due energy changes resulting from vertical and lateral displacement of the center of gravity of the head, arms, and trunk (Winter et al.,

1976). In an idealized "inverted pendulum" model of locomotion, all kinetic energy would be converted into potential energy during the first half of stance and stored until needed as kinetic energy during the second half of stance. In human gait, however, the lower extremities do not behave exactly as rigid struts and complete recovery of mechanical energy is not achieved. Therefore, only 60-70% of the mechanical energy required to lift and accelerate the COM is conserved (Cavagna et al., 1976), resulting in a net expenditure of energy (Saunders et al., 1953).

Concentric and eccentric muscular contractions during walking exert moments of force about the joints, generating substantial internal work (Williams, 1985), whereas the contributions from elastic storage and limitations in joint range to internal work are minimal (Dean, 1965; Cavagna and Kaneko,

1977). Significant net muscle moments occur during the stance phase, particularly the plantarflexion moment at pre-swing (Winter, 1983; Olney et al., 1991). While net muscle moments at hip and knee vary dramatically, limb kinematics are similar, supporting the notion that different motor strategies produce kinematically normal gait provided that the overall objective of minimizing the total muscular effort is attained (Winter, 1980). Despite this flexibility, a dominant feature of human locomotion is its stereotypical pattern, which has been attributed to the automaticity bestowed by pre-programmed central locomotor commands (Knutsson, 1981).

The metabolic demands of walking or other dynamic exercise are determined by the amount of work done and the efficiency of the muscles (Wasserman et al., 1967). Muscular efficiency, the ratio of the work accomplished to the energy expended during steady-state work (Stainsby et al.,

1980), is dependent on the efficiency of both phosphorylative-coupling and contraction-coupling processes (Whipp and Wasserman, 1969). Widely divergent values of muscular efficiency ratios for walking have been reported, ranging from 31% (Donovan and Brooks, 1977) to 67% (Pierrynowski et al., 1980). The metabolic cost of level walking is typically expressed as VO2 per kilogram of body weight per unit distance traveled (ml O2/kg/m) (Waters and Yakura, 1989) or in units of kcal/min (de V Weir, 1949).

Factors that help to explain differences in the economy of movement in healthy populations include age, walking environment, and walking speed (Martin and Morgan, 1992). Gender does not affect energy costs after adjusting for differences in resting metabolic rate, percent body fat, physical activity level, and walking speed (Davies and Dalsky, 1997; Morio et al., 1997). Older, healthy individuals not only have reduced muscular efficiency and higher relative energy costs of walking but also smaller aerobic reserves, and consequently, decreased ability to accommodate additional physiologic penalties such as a neurologic gait disorder. Walking on a compliant surface results in energy-consuming deformation of the surface, thereby increasing energy expenditure (Dean, 1965). The overall efficiency of uphill walking decreases as grade increases, primarily due to increases in external work (Minetti et al., 1993). Studies comparing energy costs of overground and treadmill walking have reported no differences (Ralston, 1960) or slightly reduced costs on the treadmill (Pearce et al., 1983).

Preferred speed of walking approximates the most economical speed, reflecting the tendency of biologic systems to self-optimize. At the speed where the aerobic demand is the lowest, the magnitudes of the fluctuations in kinetic and gravitational potential energy are similar; thus energy exchange is maximized and the muscular work minimized (Cavagna and Kaneko, 1977; Mansour et al., 1982). A U-shaped speed-energy relationship is apparent for normal gait, with minimum aerobic demands occurring at

1.2-1.4m/s (Corcoran and Brengelmann, 1970; Pearce et al., 1983). Most individuals with neurologic impairment are unable to walk at optimal speed due to poor motor control, decreased power, instability, fear of falling, and avoidance of musculoskeletal stress. Moreover, the slopes of the U-shaped speed-energy curve of hemiparetic gait are steeper than normal, resulting in a higher rise in VO2 for a given change in speed (Corcoran and Brengelmann, 1970).

The mechanisms underlying the elevated energy costs characteristic of neurologic lesions have not been fully investigated. Hypermetabolism - elevated basal metabolic rates reflecting increased O2 consumption associated with injury - could contribute to higher energy expenditures. The resting energy expenditure of people with Parkinson disease has been reported to be 22% above normal when on medications and 51% above normal when off medications (Markus et al., 1992). In contrast, following stroke increases in resting metabolic rates are minimal (Finestone et al., 2003) and after traumatic brain injury are observed only in the early recovery stages (Young et al., 1992). Reductions in the oxidative capacity of paretic musculature could explain part of the increased cost; however, Francescato and associates (1995) postulated that mechanical impairments contribute more than metabolic impairments. Olney and associates (1986, 1991) reasoned that the walking speed of hemiparetic gait is too slow to generate the kinetic energies required for optimal energy transfer, thus reducing the efficiency of the pendular mechanism. In addition, loss of the normal phasic pattern of activity of paretic lower-extremity muscles (Peat et al., 1976) and prolonged muscle activation and increased co-activation in muscles of the contralateral extremity (Shiavi et al., 1987) contribute to mechanical inefficiencies.

In addition to altered muscle activation, decreased excursion of lower-extremity joints may contribute to higher energy costs of walking. In patients with hemiplegia, plantarflexion shortening has been shown to obstruct the potential-to-kinetic energy transfer during the second half of stance (Olney et al., 1986) and stride length may be compromised by the inability to simultaneously extend the knee and flex the hip in terminal swing (Perry, 1969). Lack of reciprocal arm swing may adversely affect the motion of the pelvis required for optimal energy exchange; however, extent of arm swing does not significantly affect the energy cost of walking in healthy individuals (Dean, 1965).

1993) attributed premature plantarflexor electromyography (EMG) activity in the stance phase to excessive stretch activation of the plantarflexors, others suggest that plantarflexor spasticity contributes minimally to gait dysfunction poststroke (Ada et al., 1998). Biomechanical studies of hemiparetic gait have shown that the pattern of motion of the paretic lower extremity is more strongly correlated with muscle weakness than with spasticity or balance control (Kramers de Quervain et al., 1996), and that walking speed is not correlated with the extent of quadriceps spasticity (Norton et al., 1975; Bohannon and Andrews, 1990).

For many individuals with neurologic conditions, the co-existence of neuromuscular and cardiovascular impairments increases the complexity of the physiologic adaptations to training. The relationship between exercise capacity and energy expenditure is illustrated in Fig. 21.4. Training-induced

Foods you can eat if you have Cardiovascular Disease