Effects Of Selenium On Athletic Performance 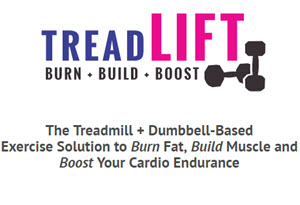 Most research in the area of Se and exercise has focused on the role of Se in the antioxidant enzyme GSHPx which, using GSH, converts H2O2 to water. Whole-body and especially muscle oxygen uptake increases sharply during intense physical exercise leading to increased oxidative stress.61 This oxidative stress may be related to production of ROS such as superoxide in the mitochondria during exercise. Superoxide, when acted on by superoxide dismutase (SOD), produces H2O2, which can then be converted to water by GSHPx or catalase. In tissues that experience ischemia during exercise, reperfusion and reoxygenation contribute to a burst of ROS production. When biomembrane polyunsaturated fatty acids are acted on by ROS under aerobic conditions, a peroxidative chain reaction occurs leading to increased excretion of ethane and pentane in expired air and increased levels of malondialdehyde (MDA), conjugated dienes and thiobarbituric acid reactive substances (TBARS) in tissues.5 6263

Only limited animal and very limited human research has been conducted regarding Se and exercise. Types, duration and intensity of exercise and dietary Se levels fed to animals are varied, which may account in part for the lack of continuity in results of acute exercise and training effects on activity levels of GSHPx and indicators of oxidative damage to tissues. One consistent finding is that animals fed a Se-deficient diet have lower tissue levels of GSHPx when compared with values from animals fed adequate selenium.64-68 Lower Se status is also associated with decreased levels of GSHPx activity in human subjects.

In rats that are subjected to acute exercise and fed Se-deficient diets, Brady et al.68 found no significant effect of exercise on liver, blood or muscle GSHPx activity levels. Lang and co-workers67 reported decreased GSHPx, increased GSH, decreased vitamin E and increased ubiquinone levels in tissues of Se-deficient rats. Exercise did not cause a significant rise in liver GSHPx in either control or Se-deficient animals. Plasma total GSH and oxidized glutathione were both significantly higher in animals after exercise to exhaustion, with levels in rats fed Se-deficient diets about twice the values found in control rats. While not a significant difference, the Se-deficient rats had a 16% higher mean running time to exhaustion than control rats. Adequate dietary vitamin E levels, residual GSHPx and activation of other antioxidant pathways were suggested as mechanisms that preserved the exercise capacity in the rats fed Se-deficient diets. Ji et al.65 did find increased levels of catalase and cytosolic SOD in livers of Se-deficient rats after acute exercise and significant increases in manganese SOD in liver and Se-independent GSHPx in muscle after training. Manganese SOD activity was 24% higher in heart mitochondria from Se-deficient rats as compared with controls.65 Exercised rats fed a Se-deficient diet were reported by Soares et al. 70 to have lower levels of delta-aminolevulenic acid in liver, kidney and muscle than control mice. These thiol enzymes were noted to decrease during exposure to oxidizing agents.

In trained athletes participating in a half marathon, Duthie et al.71 found no significant differences in erythrocyte GSHPx activity pre-race and up to 120 hr post-race. They also noted no significant change in erythrocyte catalase or SOD, but total GSH and GSH values were significantly lower than pre-race values at 5 min post-race. While plasma creatinine kinase, an index of damage to muscles, was elevated in plasma post-race, conjugated dienes and TBARS, indexes of oxidative damage, were not elevated by the exercise. Erythrocytes were more susceptible to hydrogen peroxide-induced peroxidation after the half marathon, however. Using a cross-over design, Dragan and co-workers72 evaluated the effect of a 150 |g Se supplement or placebo given before a 2-hour endurance training session on 33 swimmers. No significant differences were noted in alondialdehyde in serum. Also, in another cross-over design experiment, they administered 100 |g Se or placebo for 14 days to swimmers, and in this trial, Se treatment did result in a significantly lower serum level of malondialdehyde.

Acute exercise also results in an increase in exhaled pentane, which is a derivative of omega-6 fatty acid hydroperoxides in expired air.62 Pentane in expired air is also increased by Se deficiency.73 Pentane excretion can be reduced in Se-deficient rats by providing them with adequate amounts of vitamin E. Muscle mitochondrial MDA levels are also elevated in untrained rats subjected to acute exercise and in rats with a dietary Se deficiency. 66 So both Se deficiency and acute exercise increase levels of substances that may be considered indicative of oxidative damage to tissues. In a double-blind, placebo-controlled study, Tessier et al.74 evaluated the effect of Se supplementation (240 |g of an organic Se capsule containing 70% selenomethionine) or placebo on response to acute exercise and training in 24 healthy non-smoking males. The Se-supplemented group had a significant elevation in plasma Se levels, with the supplemented group's mean values 182% of the mean value of the control group. Neither Se supplementation nor training resulted in an elevation of vastus lateralis muscle GSHPx activity levels. Margaritis et al. 75 reported that muscle GSHPx at rest was not altered by an endurance training program or a Se supplement (180 |g selenomethionine) in 24 male subjects. The intensity level of the training was higher in the animal studies, which, in addition to species differences, may account for the contradictory results regarding GSHPx inducement by training in humans vs. animals. In rats, training has been reported to result in an increase in GSHPx in muscle tissue.76-78 Before training and following a run to exhaustion, muscle GSHPx activity levels were lower than resting levels.62 After training, the placebo group muscle GSHPx activity declined, but not to as great a degree as in the pre-training exercise test. In the Se-supplemented group, post-training muscle GSHPx activity was increased 64 to 79% after the max aerobic capacity test. In light of the finding by Storz et al.79 that oxygen radicals induced transcription of messenger RNA that codes for antioxidant enzymes including peroxidases in prokaryotic cells, Tessier et al.74 speculated that production of oxygen radicals during exercise may be a stimulus to induce higher GSHPx activity in muscle tissues after Se supplementation. In the same group of subjects, Tessier et al.80 found no effect of the selenium supplement on GSHPx activity levels in resting muscle, but an increase in the muscle GSHPx in the Se supplement group after a bout of acute exercise.

Looking To Lose Weight But Not Starve Yourself? Revealed! The Secret To Long Life And Good Health Is In The Foods We Eat. Download today To Discover The Reason Why The Mediterranean Diet Will Help You Have Great Health, Enjoy Life And Live Longer.