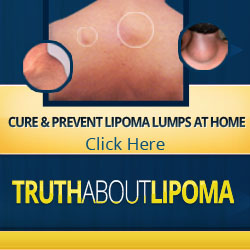 Benign tumors of the trachea and larynx are very rare and account for 10% of tracheal tumors.57,58 Ninety percent of tumors which are encountered in the pediatric age group are benign. Benign tumors represent a large group of diverse lesions that manifest as sharply-defined masses with no invasive characteristics.20,59 They are usually homogeneous, and the majority of lesions have no characteristic features to differentiate them by radiologic means.60

Papillomatosis is the result of a multicentric viral infection with the human papilloma virus. Papillomas occur either singly or as multiple, irregular tumor excrescences that generally arise from the true vocal cords.61 This tumor most often involves the superior surfaces or free margins of the vocal cords and, less commonly, occurs in the supraglottis and subglottis (Figure 4-48). Papillomas are divided into juvenile and adult groups, where those of the juvenile group often manifest as multiple lesions, most commonly found in the larynx. The papillomas may recur or may spread diffusely through the trachea, bronchi, and lungs following excision. In the lungs, sheets of squamous cells proliferate within alveoli, forming nodules that characteristically cavitate. The adult type of lesion often presents as a solitary mass, with a lesser propensi-

ty to recur after removal. Transformation of the lesions into invasive squamous cell carcinoma is well known. Radiographically, the tracheal walls may appear thickened and nodular in appearance, either in a focal or diffuse fashion. These are sometimes visible on chest radiographs, but are best demonstrated by CT (Figure 4-49). Multiple pulmonary nodules with and without cavitation can be identified on chest radiographs and CT (Figure 4-50).

Chondromas of the larynx are uncommon lesions that occur most frequently in middle-aged men. The tumor is smooth, submucosal, and firm in consistency.62 On radiographic and CT examination, the tumor presents as a sharply-defined mass and frequently contains mottled calcifications (Figure 4-51). Radiologically, a chondroma cannot be distinguished from a chondrosarcoma; this distinction may also be difficult on histopathologic examination. The most common location is the inner surface of the cricoid lamina (70%) (Figure 4-52). Less often, chondromas arise from the thyroid, arytenoid, or epiglot-tic cartilages. On rare occasions, chondromas may be situated on the upper surfaces, free margins, or undersurfaces of the vocal cords. Chondromas may occur in the trachea and bronchi but do so less commonly than laryngeal chondroma.

Hemangiomas are uncommon lesions in the larynx and occur even less commonly in the trachea. The pediatric type of hemangioma usually manifests by 6 months of age, is subglottic in location, and causes signs of airway obstruction.63 Typically, these children exhibit hoarseness, stridor, and dysphagia with poor feed-

ing. In the anteroposterior radiographic film, there is subglottic and often asymmetrical narrowing, and evidence of a distinctive, homogeneous, sharply-defined soft tissue mass. In adults, laryngeal hemangiomas usually arise in the supraglottic larynx as a sharply-defined, homogeneous mass that may contain phle-boliths. Most of the reported cases are of the cavernous variety, as opposed to capillary hemangiomas, which are seen in infancy.

Miscellaneous benign tumors are encountered in the larynx and trachea. These include neurogenic tumors, pleomorphic adenoma, oncolytic tumor, granular cell tumor, paraganglioma, lipoma, fibrous histiocytoma, rhabdomyoma, and hamartomas (Figure 4-53).64-72 Conventional radiographs do not usually reveal any characteristic features that allow a specific histopathologic diagnosis. CT can identify fatty attenuation within hamartomas and lipomas and increased contrast enhancement within paragangliomas. A chondroid matrix can be identified within chondromas and chondrosarcomas.

Various cystic lesions are encountered in the larynx that are either retention cysts or laryngoceles. Laryngoceles are air-filled or fluid-filled outpouchings of the mucosa of the laryngeal ventricles. They extend from the ventricle into the adjacent aryepiglottic fold and are then referred to as internal laryngoceles.73,74 If the air-filled structure herniates through the thyrohyoid membrane, external laryngoceles result, which are usually well defined. Intralaryngeal expansion leads to a variable degree of airway obstruction, depending on the size of the lesion. If these laryngoceles are filled with fluid, they manifest as homogeneous, dense masses that cannot be differentiated from a benign tumor.

A tracheal cyst is a thin-walled air-containing paratracheal cavity that is visible on chest radiographs and chest CT scans (Figure 4-54). The tracheal cyst is a circumscribed saccular tracheal outpouching of the posterior wall of the trachea. The cyst may rarely contain an air-fluid level. Dynamic bulging can be observed during a Valsalva maneuver at fluoroscopy or on CT. This condition occurs through a localized weakness of the membranous part of the trachea and is theorized to be associated with obstructive lung disease.75

figure 4-48 Squamous papilloma of the larynx. A, Lateral view of the neck illustrates a polypoid irregular mass in the supraglottic, glottic, and subglottic portions of the larynx (arrows). B, Axial computed tomography scan outlines the lesion anterolaterally on the right, with erosion of the adjacent cartilage.

figure 4-48 Squamous papilloma of the larynx. A, Lateral view of the neck illustrates a polypoid irregular mass in the supraglottic, glottic, and subglottic portions of the larynx (arrows). B, Axial computed tomography scan outlines the lesion anterolaterally on the right, with erosion of the adjacent cartilage.

figure 4-50 Diffuse papillomatosis. A, Lateral tomogram of the larynx and cervical region reveals diffuse nodularity throughout the larynx and proximal trachea, with partial obstruction of the lumen. B, A chest computed tomography scan reveals small pulmonary nodules and a cavitary nodule in the right lower lobe, consistent with pulmonary papillo-matosis. Posteroanterior (C) and lateral (D) chest radiographs demonstrate bilateral pulmonary nodules, some of which are cavitary.

Larynx. The majority of laryngeal malignancies (90%) represent epithelial neoplasms. Among these, 50 to 70% of laryngeal cancers are glottic in nature, 30 to 35% represent supraglottic carcinomas, and 4 to 6% represent subglottic carcinomas.76,77 Tumor size, location, and histologic grading are important parameters that determine the occurrence of lymph node metastases. Metastatic lymph nodes are more common when the primary tumor in the supraglottic larynx is greater than 2.0 cm in diameter and is poorly differentiated. Supraglottic carcinomas arise from the laryngeal surface and rim of the epiglottis, aryepiglottic folds, arytenoids, false cords, and laryngeal ventricles.78 They commonly extend across the midline, invade the extralaryngeal structures by direct extension to the pyriform sinuses, extend to the postcricoid region, and potentially extend to the cervical esophagus, valleculae, and base of tongue. Vocal cord cancers arise commonly from the anterior two-thirds of the vocal cords and may spread via the anterior commissure to the subglottic space (20%) and infrequently into the cervical trachea (Figure 4-55).77 Deep penetration of the cord by tumor into the vocalis muscle causes fixation of the cord.

Carcinomas arising in the cervical trachea may involve by superior extension the subglottic larynx. In larger carcinomas, it is often difficult to determine whether the origin is from the cervical esophagus, the cervical trachea, or an extension of a subglottic carcinoma into the upper trachea. Stomal recurrence post-laryngectomy is encountered in 5 to 15% of cases. The tumor manifests as single or multiple nodules, at or near the stomal margin, involving the skin or tracheal mucosa. Deep invasion is commonly present, associated with ulceration at the skin margin.

CT evaluation provides valuable information concerning extension of malignant tumor to the following areas: 1) the anterior commissure, 2) the paracordal and para-arytenoidal areas, 3) the preepiglot-tic and subglottic spaces, 4) cartilage invasion (see Figure 4-55), extralaryngeal extension of an endolaryn-geal tumor, and 6) extension of pyriform sinus carcinomas through the cricothyroid space to involve the postcricoid region and cervical esophagus.78 Contrast CT or MRI is used to evaluate the tracheal extension and tumor invasion of the upper mediastinum prior to surgery and/or radiation therapy.79-81

Squamous Cell Carcinoma. Squamous cell carcinoma may present as a focal mass with a tendency for exophytic growth and a propensity to invade the mediastinum (Figure 4-56).84 Synchronous and metachronous squamous cell carcinomas of the larynx, lungs, and esophagus are found in many patients. CT is useful in demonstrating the primary tumor and its extent in the trachea and adjacent mediastinum, as well as associated adenopathy within the mediastinum and hilum.

Adenoid Cystic Carcinoma. Adenoid cystic carcinoma tends to grow with endophytic spread in the submucosal plane of the trachea and bronchi (Figure 4 - 57).85,86 On radiographs and CT and MRI scans, the trachea appears thickened with a smooth nodular appearance, associated with luminal narrowing (Figure 4-58). The tumor may extend into the adjacent soft tissues of the neck and mediastinum, depicted on CT or MRI as extension into the adjacent mediastinal fat. Regional lymph nodes in the neck and mediastinum are the first to be involved by metastases. Hematogenous metastases to lung, bones, and liver occur later in the disease progression.

Mucoepidermoid Tumors. Mucoepidermoid tumors are very uncommon tumors of the trachea, central bronchi, and rarely of the lung.87 These tumors may be of either high-grade or low-grade malignancy. The radiographic findings are of a focal endoluminal soft tissue mass within a large central airway, without characteristic features to distinguish the mass from other tumors (Figure 4-59).

the posterior wall of the trachea.